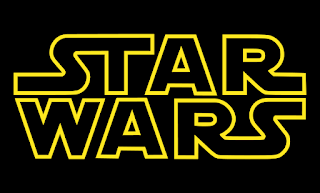 STORY: Anakin Skywalker is a young boy who meets Obi-Wan Kenobi and learns the ways of the Jedi. Anakin later goes to the Dark Side and turns against Obi-Wan Kenobi and the rest of the Jedis. Before he turned against his wife, Anakin has two children with Senator Amidala, Leia and Luke Skywalker, that he does not know about. Senator Amidala dies as she was giving birth to her twin children. After birth, the twins are separated to prevent the Dark Side from finding and hurting the children. Obi-Wan Kenobi sends Luke to a planet called Tatooine to live with his Uncle Owen and Aunt Beru. Leia is raised by Senator Bail Organa of Alderaan; she is called Princess Leia Organa. When they get older, Luke and Leia are united together again. They help fight the evil government, called the Galactic Empire. Luke also learns the ways of a Jedi from Obi-Wan Kenobi and Yoda. In the end, they defeat the Empire, and Luke helps Anakin become good again. The galaxy is saved for a while.


Publicat per English a Saturday, February 23, 2013 No comments: 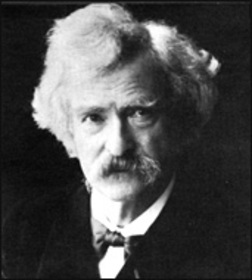 On this day in 1885, Mark Twain  publishes his famous--and famously controversial--novel The Adventures of Huckleberry Finn.
Twain (the pen name of Samuel Clemens) first introduced Huck Finn as the best friend of Tom Sawyer, hero of his tremendously successful novel The Adventures of Tom Sawyer (1876). Though Twain saw Huck's story as a kind of sequel to his earlier book, the new novel was far more serious, focusing on the institution of slavery and other aspects of life in the antebellum South.
At the book's heart is the journey of Huck and his friend Jim, a runaway slave, down the Mississippi River on a raft. Jim runs away because he is about to be sold and separated from his wife and children, and Huck goes with him to help him get to Ohio and freedom. Huck narrates the story in his distinctive voice, offering colorful descriptions of the people and places they encounter along the way. The most striking part of the book is its satirical look at racism, religion and other social attitudes of the time. While Jim is strong, brave, generous and wise, many of the white characters are portrayed as violent, stupid or simply selfish, and the naive Huck ends up questioning the hypocritical, unjust nature of society in general. 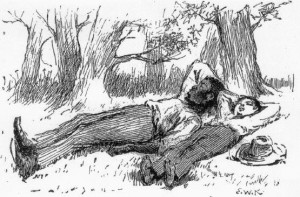 Even in 1885, two decades after the Emancipation Proclamation and the end of the Civil War, The Adventures of Huckleberry Finn landed with a splash. A month after its publication, a Concord, Massachusetts, library banned the book, calling its subject matter "tawdry" and its narrative voice "coarse" and "ignorant." Other libraries followed suit, beginning a controversy that continued long after Twain's death in 1910. In the 1950s, the book came under fire from African-American groups for being racist in its portrayal of black characters, despite the fact that it was seen by many as a strong criticism of racism and slavery. As recently as 1998, an Arizona parent sued her school district, claiming that making Twain's novel required high school reading made already existing racial tensions even worse.
Aside from its controversial nature and its continuing popularity with young readers, The Adventures of Huckleberry Finn has been hailed by many serious literary critics as a masterpiece. No less a judge than Ernest Hemingway famously declared that the book marked the beginning of American literature: "There was nothing before. There has been nothing as good since."

Publicat per English a Sunday, February 17, 2013 No comments:

Lego bricks
The Lego Group began in the workshop of Ole Kirk Christiansen(born 7 April 1891), a carpenter from Billund, Denmark, who began making wooden toys in 1932. In 1934, his company came to be called "Lego", from the Danish phrase leg godt, which means "play well".
It expanded to producing plastic toys in 1947. In 1949 Lego began producing, among other new products, an early version of the now famous interlocking bricks, calling them "Automatic Binding Bricks". These bricks were based in part on the Kiddicraft Self-Locking Bricks, which were patented in the United Kingdom in 1939 and then there released in 1947. Lego modified the design of the Kiddicraft brick after examining a sample given to it by the British supplier of an injection-moldingmachine that the company had purchased.The bricks, originally manufactured from cellulose acetate, were a development of traditional stackable wooden blocks that locked together by means of several round studs on top and a hollow rectangular bottom. The blocks snapped together, but not so tightly that they required extraordinary effort to be separated.
The Lego Group's motto is det bedste er ikke for godt which means roughly "only the best is the best" (more literally "the best is never too good"). This motto was created by Ole Kirk to encourage his employees never to skimp on quality, a value he believed in strongly. The motto is still used within the company today. By 1951 plastic toys accounted for half of the Lego Company’s output, although Danish trade magazine Legetøjs-Tidende ("Toy-Times"), visiting the Lego factory in Billund in the early 1950s, felt that plastic would never be able to replace traditional wooden toys. Although a common sentiment, Lego toys seem to have become a significant exception to the dislike of plastic in children's toys, due in part to the high standards set by Ole Kirk.
By 1954, Christiansen's son, Godtfred, had become the junior managing director of the Lego Group. It was his conversation with an overseas buyer that led to the idea of a toy system. Godtfred saw the immense potential in Lego bricks to become a system for creative play, but the bricks still had some problems from a technical standpoint: their locking ability was limited and they were not very versatile. In 1958, the modern brick design was developed, and it took another five years to find the right material for it, ABS (acrylonitrile butadiene styrene) polymer. The modern Lego brick was patented on 28 January 1958, and bricks from that year are still compatible with current bricks.

The Adventures of Punxsutawney Phil, Wiarton Willie,
and Pothole Pete

February 2 brings the most-watched weather forecast of the year—and the only one led by a rodent. Legend has it that on this morning, if a groundhog can see its shadow, there will be six more weeks of winter. If it cannot see its shadow, spring is on the way.

Since a groundhog (or woodchuck or "whistle pig") hibernates for the winter, its coming out of the ground is a natural sign of spring. In Europe centuries ago, people watched for other hibernating animals, including badgers, bears, and hedgehogs, as signs of winter's end. Germans who immigrated to Pennsylvania in the mid-1800s began keeping an eye on the groundhog. The widespread population of the rodent made it a handy agent for this particular weather superstition.
And a superstition it is. But there's a grain of truth: the winter days when you can see your shadow clearly are often especially cold, because there are no clouds overhead to insulate the earth.

Early February is midway between the winter solstice and the spring equinox. Throughout history numerous holidays have marked this seasonal crossroads. Among these is Candlemas Day, February 2, a Christian holiday that celebrates Mary's ritual purification. Early Christians believed that if the sun came out on Candlemas Day, winter would last for six weeks more.
The ancient Romans observed a mid-season festival on February 5, and the pagan Irish celebrated one around February 1. In many parts of Europe early February might herald the start of spring, when crops could be planted.

In the 1880s some friends in Punxsutawney, Penn., went into the woods on Candlemas Day to look for groundhogs. This outing became a tradition, and a local newspaper editor nicknamed the seekers "the Punxsutawney Groundhog Club." Starting in 1887 the search became an official event centered on a groundhog called Punxsutawney Phil. A ceremony still takes place every year.
Today Punxsutawney Phil lives in a climate-controlled habitat adjoining the Punxsutawney Library. A local celebrity, he gained national fame in the 1993 movie Groundhog Day (which was shot in scenic Woodstock, Illinois). The weather-watching rodent's predictions are recorded in the Congressional Records of our National Archive. So far, Phil has seen his shadow about 85% of the time.
Canada's Groundhog Day relies on the predictions of an albino groundhog named Wiarton Willie. Although Punxsutawney Phil gets the most attention, various American cities have their own special groundhogs; New York City's official groundhog is called "Pothole Pete."


Publicat per English a Saturday, February 02, 2013 No comments: