IT'S HALLOWEEN TIME!!!!!!!!
31st October 2014
If you want to carve a Jack-O-Lantern you have to follow these steps:
First- Take your umbrellas and go to the market to buy 4 pumpkins. 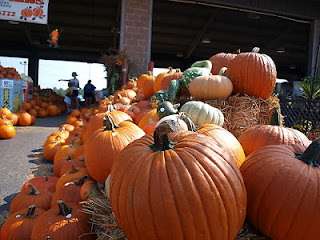 Second- Divide the class in four groups and cover the table with newspaper.
Third- Measure a circle with about a 2-inch (5cm) radius from the stem. You'll cut around this circle to make the lid. 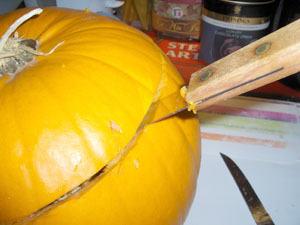 Fourth- Remove the filling from the pumpkin. Use a large spoon or your hands to pull all of the filling and seeds from the inside of your pumpkin. 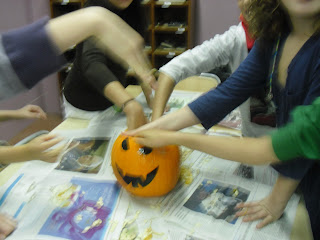 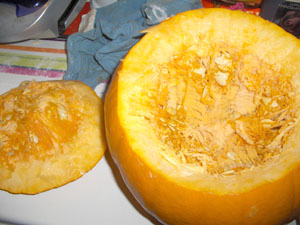 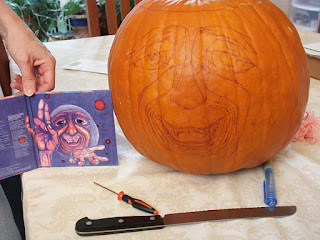 Sixth- For pumpkin carving, use a serrated bread knife. 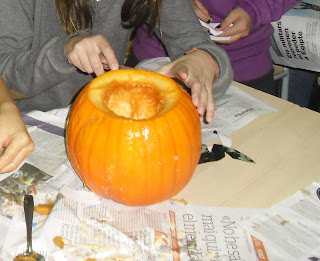 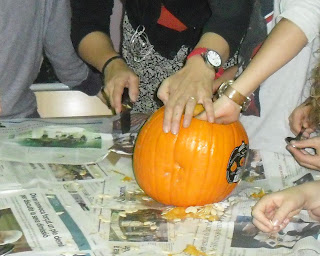 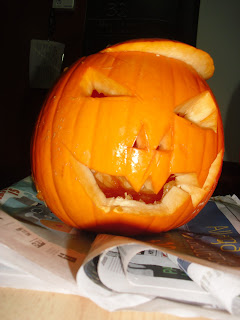 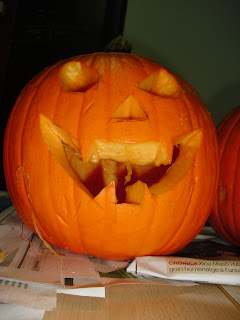 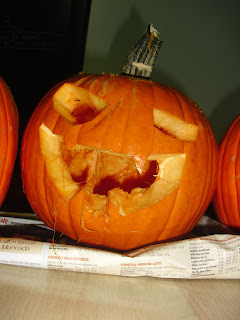 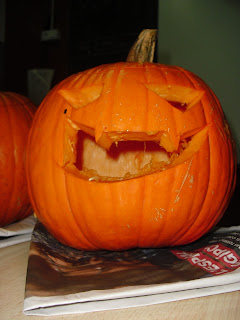 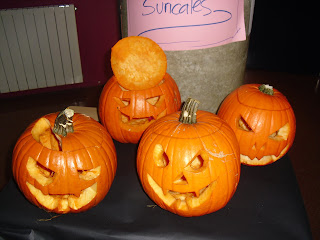 A Halloween video! We hope you'll have fun!!

THIS IS HALLOWEEN BY TIM BURTON!!!


How to make a jack-o-lantern

Can you dress up a monster? 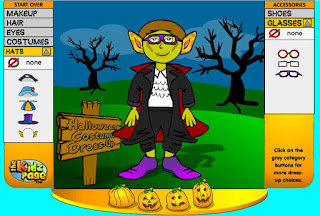 CLICK HERE
Do you want to hear a Halloween story? 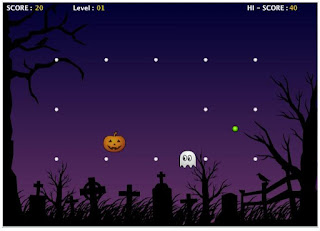 CLICK HERE
Do you want to play a game???
SPOOKY BLOCK-OUT
In this game, you control a paddle that is used to hit a ball into breakable blocks. You can even pick up special bonus items to help you complete each level. This is a spooky Halloween twist on a classic game. 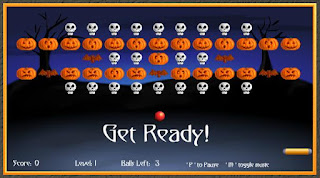 Do you want to play more games?
HALLOWEEN MATCHING!!
This is a memory matching game with a bit of Halloween style. Memorize the images on the cards before they flip over and then try and find all of the matching pairs of cards before time runs out. 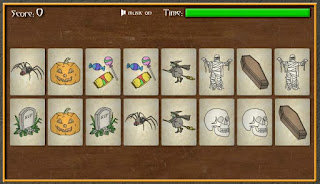 CLICK HERE!!
Publicat per English a Saturday, October 11, 2014 No comments:

ENJOY YOUR SUMMER!!!
We want to know how do you enjoy your summer and where are you having so much fun. So if you want  you can send me mails with your pictures and an explanation about where you are and I'll post them.
My mail address is martasala@hotmail.com
Do you remember last summer? I asked you to send me pictures about your incredible summer. It was great and as I am missing you sooooo much I decided to  ask you again if you can send me your holiday pictures. Thanks in advance and.... ENJOY YOUR SUMMER!!! LOADS OF KISSES!!!! 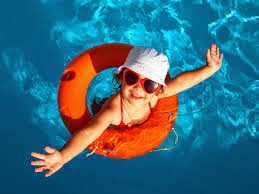 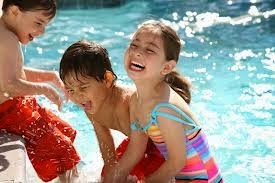 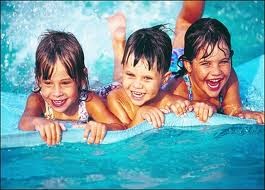 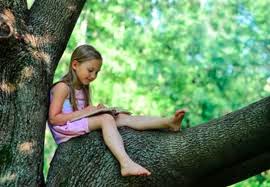 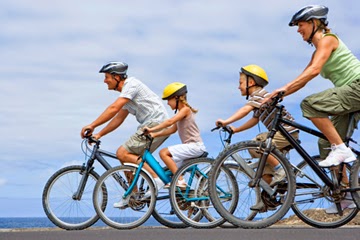 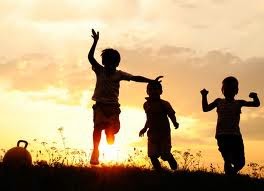 Mariona: My best holidays in years!!!!! 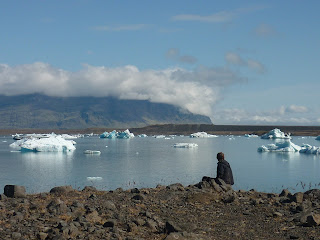 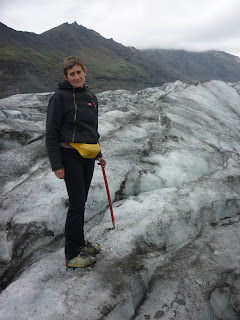 I just come back from Shannon (finally Shannon is a region and the village is called Ballyneety). One picture is in Ballyneety with Iker (yes, he was also there) and a dog called Maxie. The other picture is a magnet and it is for the Suricates section. I bought it in Ireland for our class.
HAPPY HOLIDAYS! 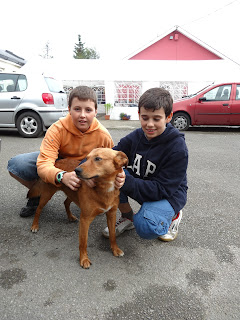 Lluc Segura Lladó.
NATHALIE: I just started my holidays in Calella. I'm very happy with my small boat. I  swam with fishes. 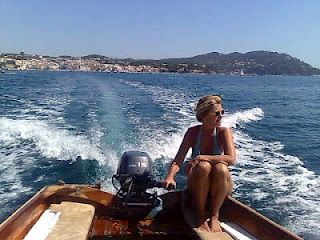 Laia: I'm spending my summer time in the school, we have fun in the Orlandai's summercamp. Have you ever been in  a "gomets" war?? 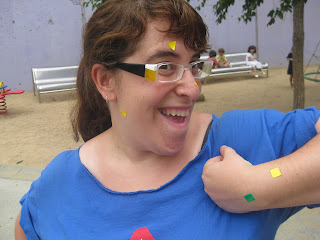 Ester :Summer is here!!! What about going to the beach or going to the swimming pool??? We are still at school  working but as it is very hot now, what about having a bath???I hope I'll see you soon!!! Enjoy your summer!!!! 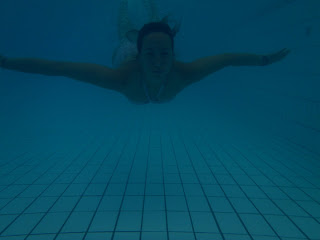 And this is my picture! I'm swimming under water in Calella! 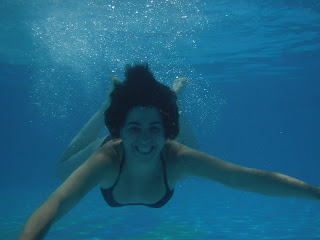 History of the Rubik's Cube
In 1974, a young Professor of architecture in Budapest (Hungary) named Erno Rubik created an object that was not supposed to be possible. His solid cube twisted and turned - and still it did not break or fall apart. With colourful stickers on its sides, the Cube got scrambled and thus emerged the first “Rubik’s Cube”. It took well over a month for Erno to work out the solution to his puzzle. Little did he expect that Rubik’s Cube would become the world’s best-selling toy ever. As a teacher, Erno was always looking for new, more exciting ways to present information, so he used the Cube’s first model to help him explain to his students about spatial relationships. Erno has always thought of the Cube primarily as an object of art, a mobile sculpture symbolizing stark contrasts of the human condition: bewildering problems and triumphant intelligence; simplicity and complexity; stability and dynamism; order and chaos.For this magic object to become the most popular toy in history a few chance meetings had to take place.

As with many of the world’s greatest inventions it did not have an easy birth. After presenting his prototype to his students and friends Erno began to realise the potential of his cube. The next step was to get it manufactured. The first cubes were made and distributed in Hungary by Politechnika. These early Cubes, marketed as “Magic Cubes” (or “Buvos Kocka”), were twice the weight of the ones available later. In the 70’s Hungary was part of the Communist regime behind the Iron Curtain, and any imports or exports where tightly controlled. How was Erno’s invention, that had become a major success in Hungary, going to make it into the hands of every child of the 80’s?


The first step in the Rubik’s Cube’s battle to worldwide recognition was to get out of Hungary. This was accomplished partly by the enchanted mathematicians who took the Cubes to international conferences and partly by an expat Hungarian entrepreneur who took the cube to the Nuremberg Toy Fair in 1979. It was at there that Tom Kremer, a toy specialist, agreed to sell it to the rest of the world. Tom’s unrelenting belief in the Cube finally resulted in the Ideal Toy Company taking on distribution of the “Magic Cube”. Ideal Toy’s executives thought that the name had overtones of witchcraft and after going through several possibilities the name: “Rubik’s Cube” was decided on, and the icon was born.

In the time since its international launch in 1980 an estimated 350 million Rubik’s Cubes have been sold. Approximately one in seven people alive have played with a Rubik’s Cube. This little six color cube has gone on to represent a decade. It has started art movements (Rubik Cubism); pop videos, Hollywood movies and even had its own TV show; it has come to represent both genius and confusion; it has birthed a sport (Speedcubing); and it has even been into space.
The beauty of the Rubik’s Cube is that when you look at a scrambled one, you know exactly what you need to do without instruction. Yet without instruction it is almost impossible to solve, making it one of the most infuriating and engaging inventions ever conceived.


“If you are curious, you’ll find the puzzles around you. If you are determined, you will solve them. ”

1974
Rubik creates the first working prototype of the cube.

1977
The first 'Magic Cube' is sold in a Budapest toyshop.

2007
Ernő Rubik awards the prizes at World Championships in Budapest.

2013
A new cube is born! All new faster action mechanism and durable though tiles.