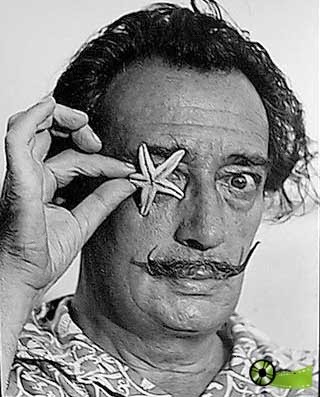 Salvador Domingo Felipe Jacinto Dalí i Domènech, 1st Marqués de Dalí de Pubol (May 11, 1904 – January 23, 1989), known as Salvador Dalí, was a prominent Spanish surrealist painter born in Figueres, in theCatalonia region of Spain.
Dalí was a skilled draftsman, best known for the striking and bizarre images in his surrealist work. His painterly skills are often attributed to the influence of Renaissance masters. His best-known work, The Persistence of Memory, was completed in August 1931. Dalí's expansive artistic repertoire included film, sculpture, and photography, in collaboration with a range of artists in a variety of media.
Dalí attributed his "love of everything that is gilded and excessive, my passion for luxury and my love of oriental clothes" to an "Arab lineage", claiming that his ancestors were descended from the Moors.
Dalí was highly imaginative, and also enjoyed indulging in unusual and grandiose behavior. His eccentric manner and attention-grabbing public actions sometimes drew more attention than his artwork, to the dismay of those who held his work in high esteem, and to the irritation of his critics.
Source: wikipedia.
QUOTES:

"Don't bother about being modern.
Unfortunately it is the one thing that,
whatever you do, you cannot avoid." 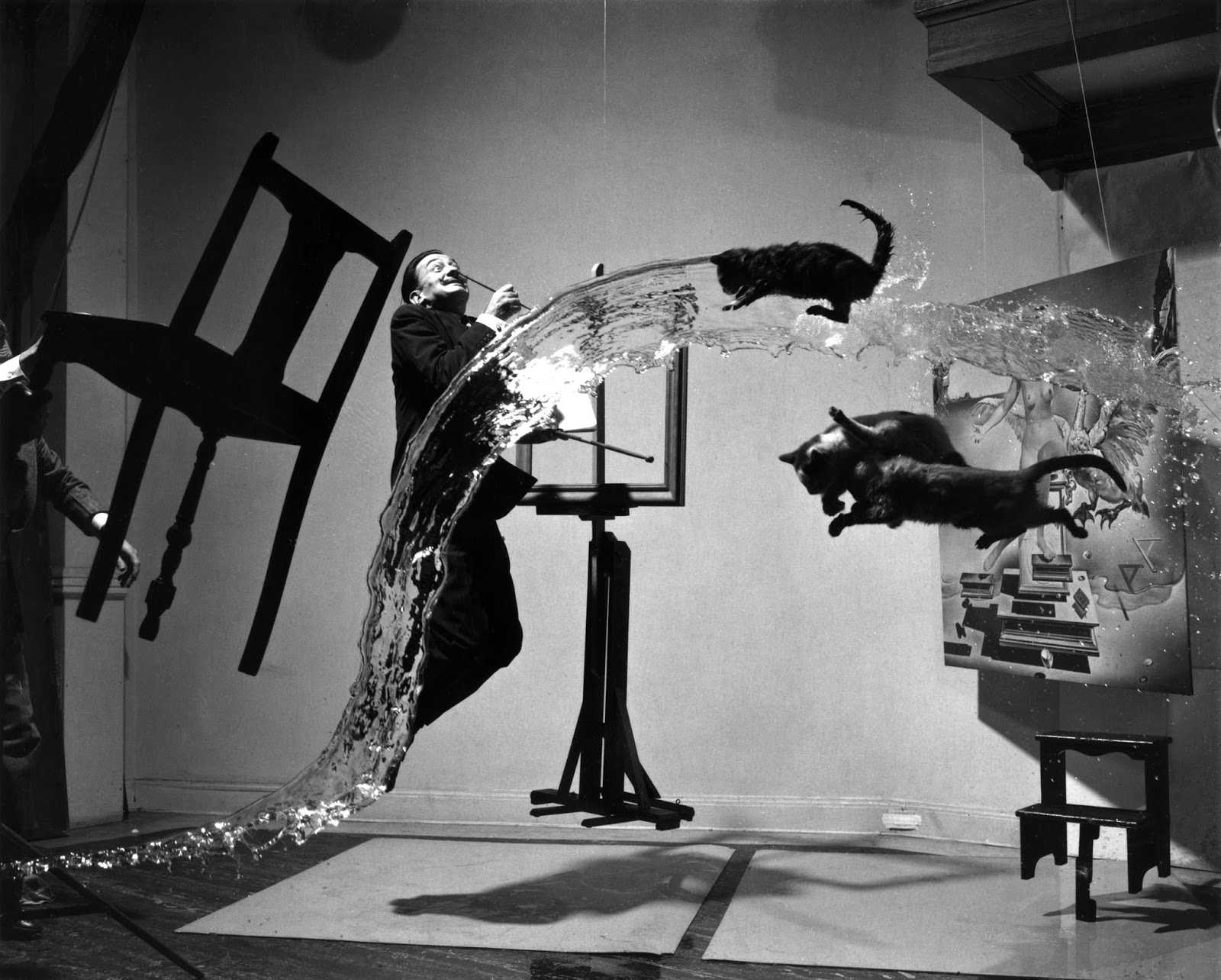